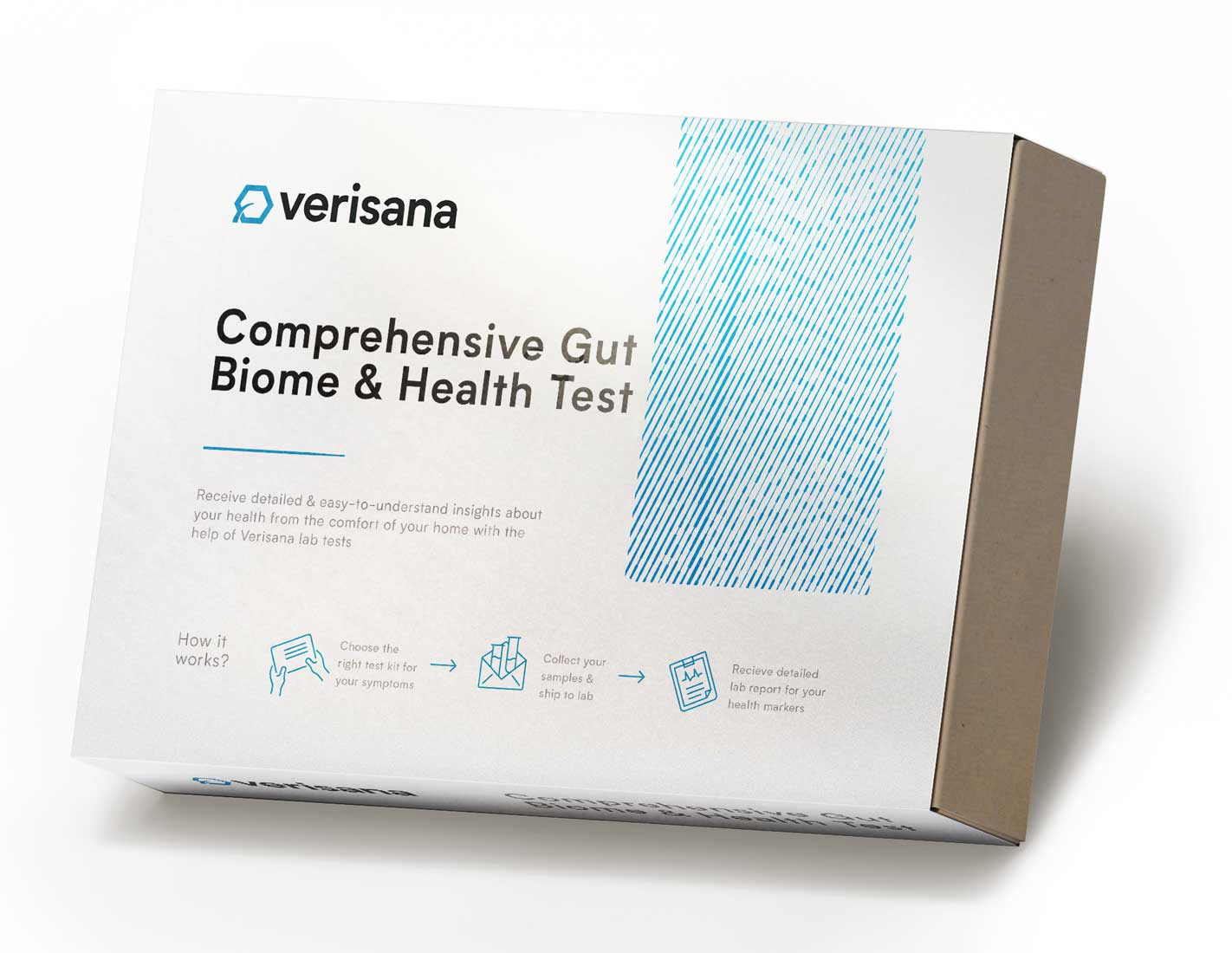 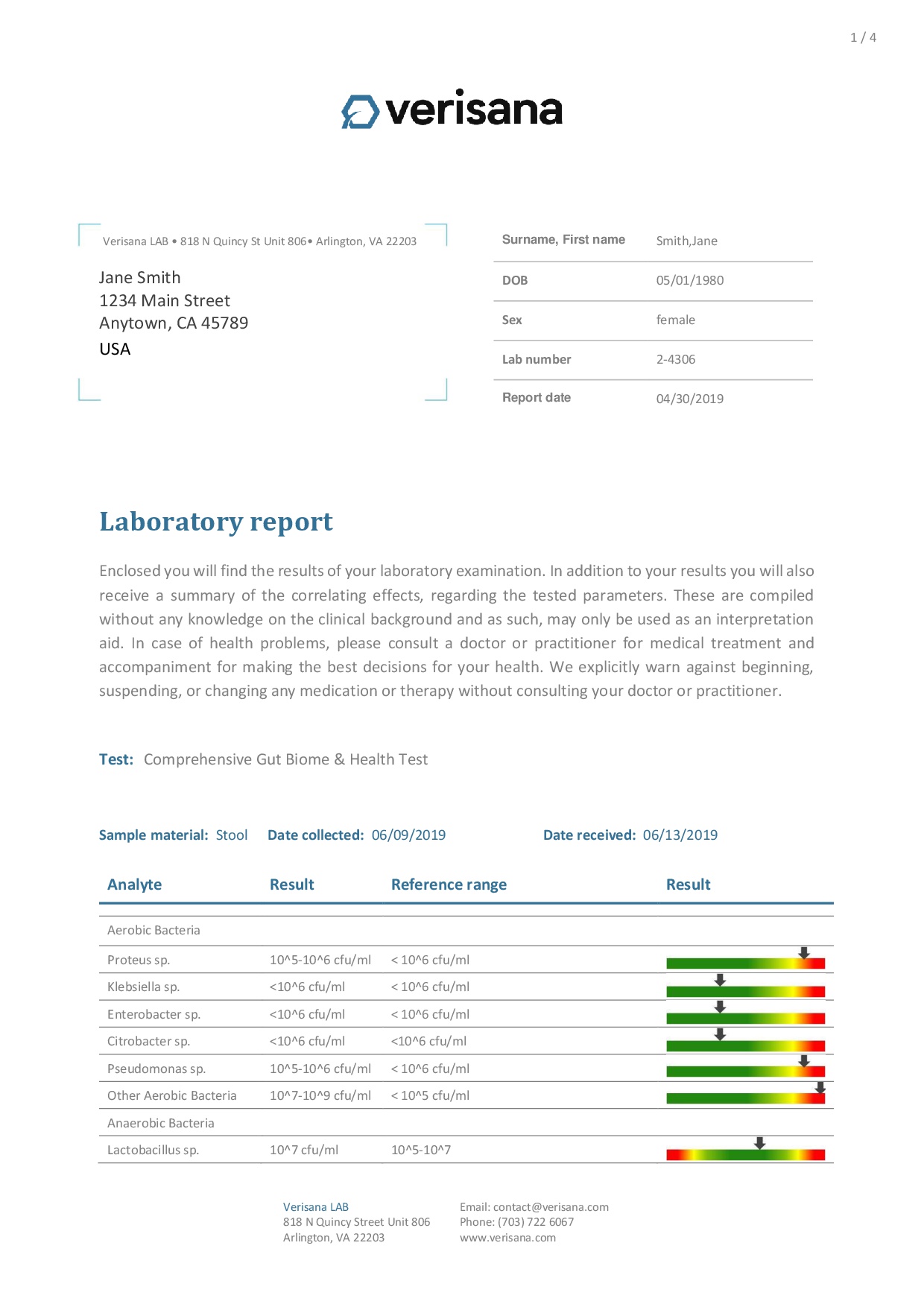 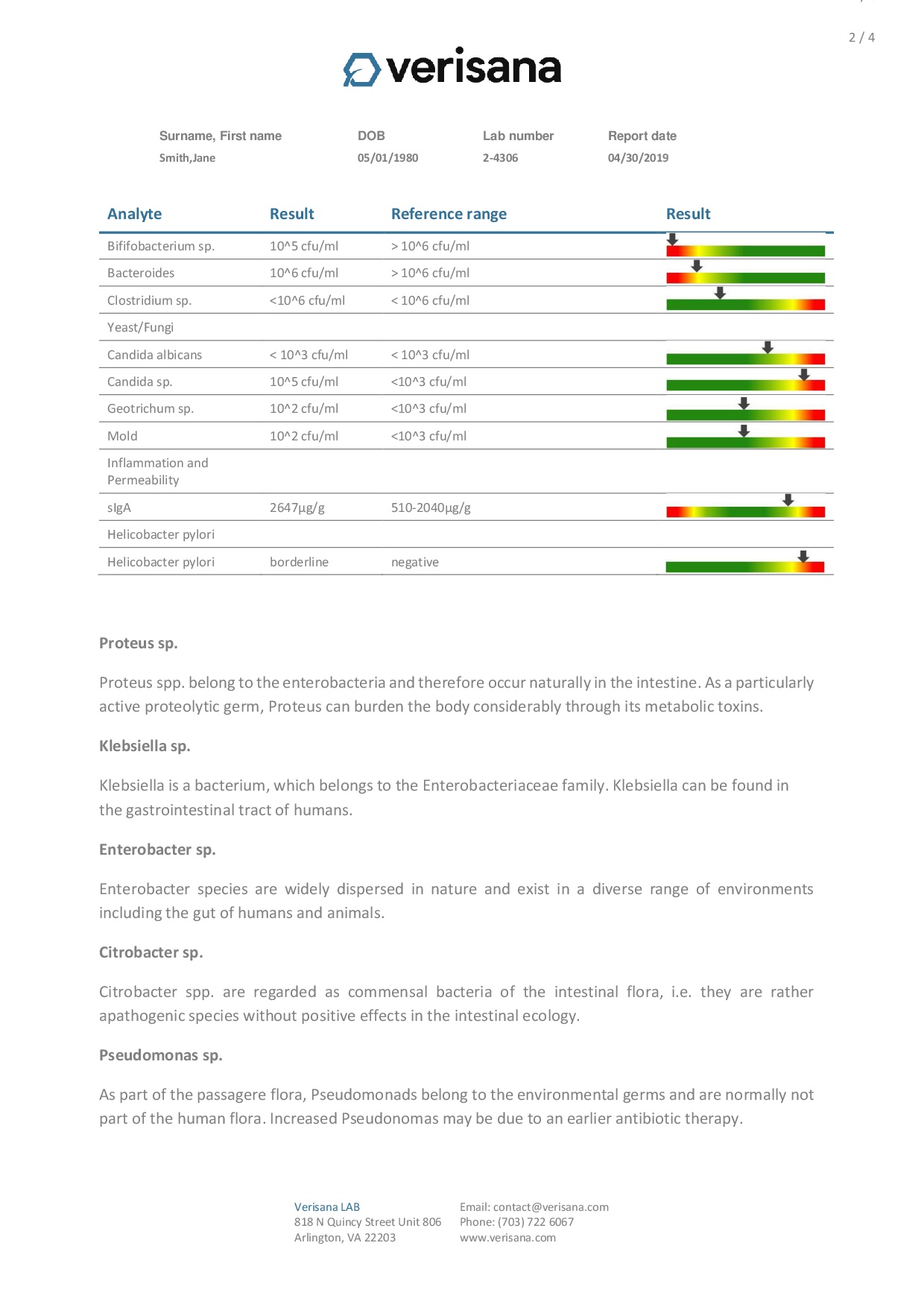 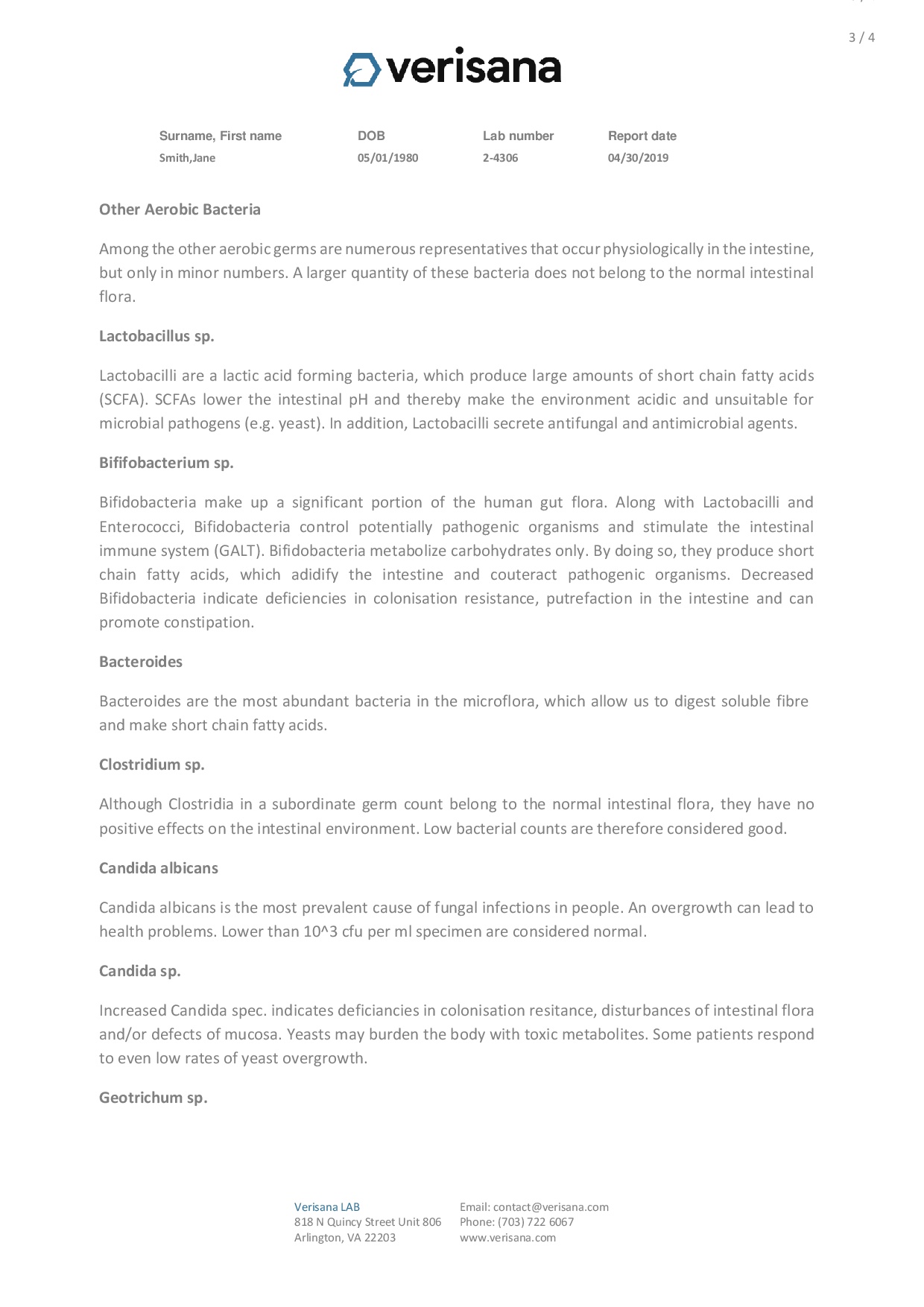 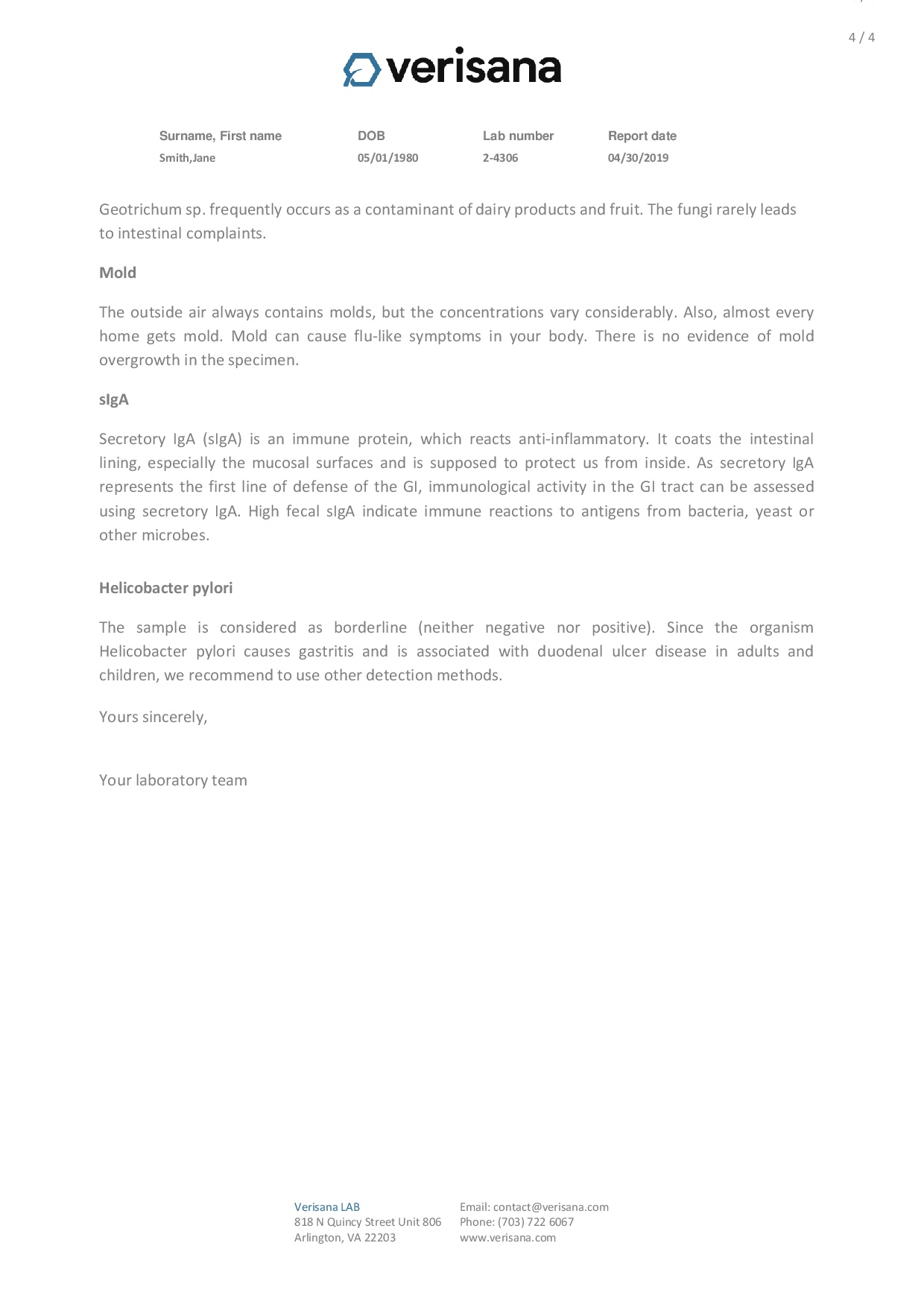 With the Comprehensive Gut Biome & Health Test, you receive an extensive examination of your intestine based on your stool sample:

The gut is our “second brain” – which is why bowel health plays a crucial role in our general well-being.

Hippocrates once said that all disease begins in the gut. With an area of ​​several hundred square meters, the gut is the largest organ of our body and also one of the most important. Its task does not only consist of digesting food and passing it as nutrients, minerals and trace elements to the organism. The intestinal mucosa forms a mechanical barrier in healthy people: it is permeable to nutrients and liquids, but impermeable to harmful substances.

Beyond that, the gut and its bacteria are of great importance for the immune system – nearly 80% of all immune cells are located there. However, the intestinal mucosa can fulfill its task only with an intact gut flora.

Our Comprehensive Gut Biome & Health Test helps you to get a comprehensive picture of your gut health as the state of your gastrointestinal system is extremely important for your overall well-being.

Your results will provide detailed information about whether your levels are normal, low, or high compared to reference ranges in your age group. You can then discuss the results with your doctor or health practitioner, who can give you further guidance and treatment recommendations.

For the Comprehensive Gut Biome & Health Test we analyse:

The detection of Helicobacter pylori antigen in stool indicates an infection with this germ. Helicobacter pylori is the most common chronic bacterial pathogen in humans. It lowers stomach acid levels while damaging the mucosal protection within the stomach. It has therefore been attributed with causing stomach and duodenal ulcers.

Symptoms the Comprehensive Gut Biome & Health Test is suitable for:

Below you will find the sample report for the Comprehensive Gut Biome & Health Test.

contact@verisana.com
Frequently Asked Questions (FAQ)
Why is the gut important for our overall health?

An intact intestine not only absorbs nutrients from food. It also serves as a barrier to sort out harmful substances and keep them out of our vital bloodstream. It is also of great importance for the immune system - almost 80% of all immune cells are located there. The intestine therefore plays a major role in our health.

What is the difference to the Leaky Gut Complete Test?

The Leaky Gut Complete Test takes a closer look at the intestinal mucosa. If the existing symptoms suggest a damaged mucous membrane, you will get a more detailed picture there. The gut health check, on the other hand, is suitable for everyone who generally suffers from gastrointestinal complaints. It provides a comprehensive analysis that includes the intestinal flora as well as possible fungal infections, the immune system and the intestinal mucosa.

How long can you keep or use stool samples?

It is generally advisable to send the samples as soon as possible after collecting them and to store them in the refrigerator until they are dispatched (please do not freeze). On the way, the samples last up to 3 days without problem.