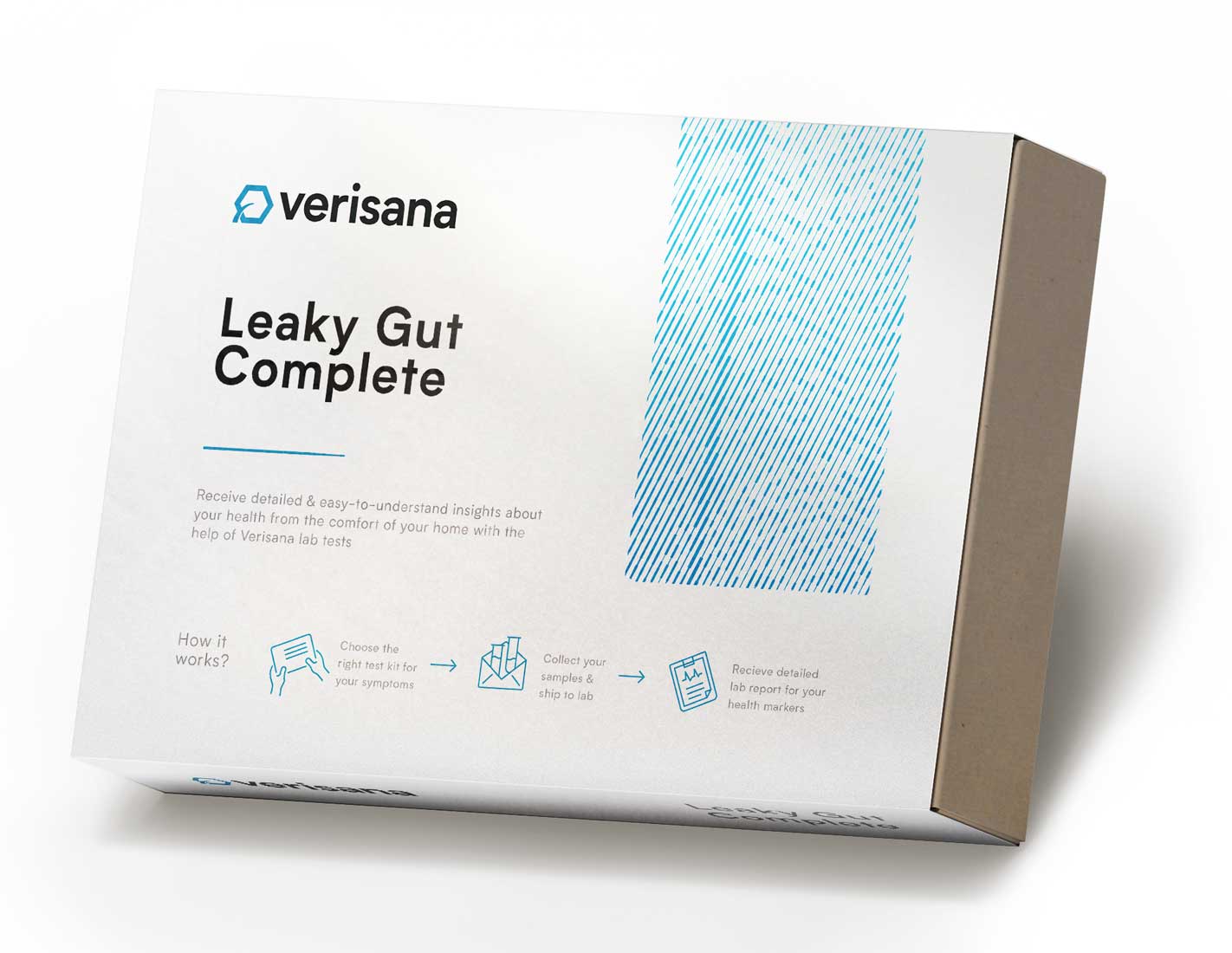 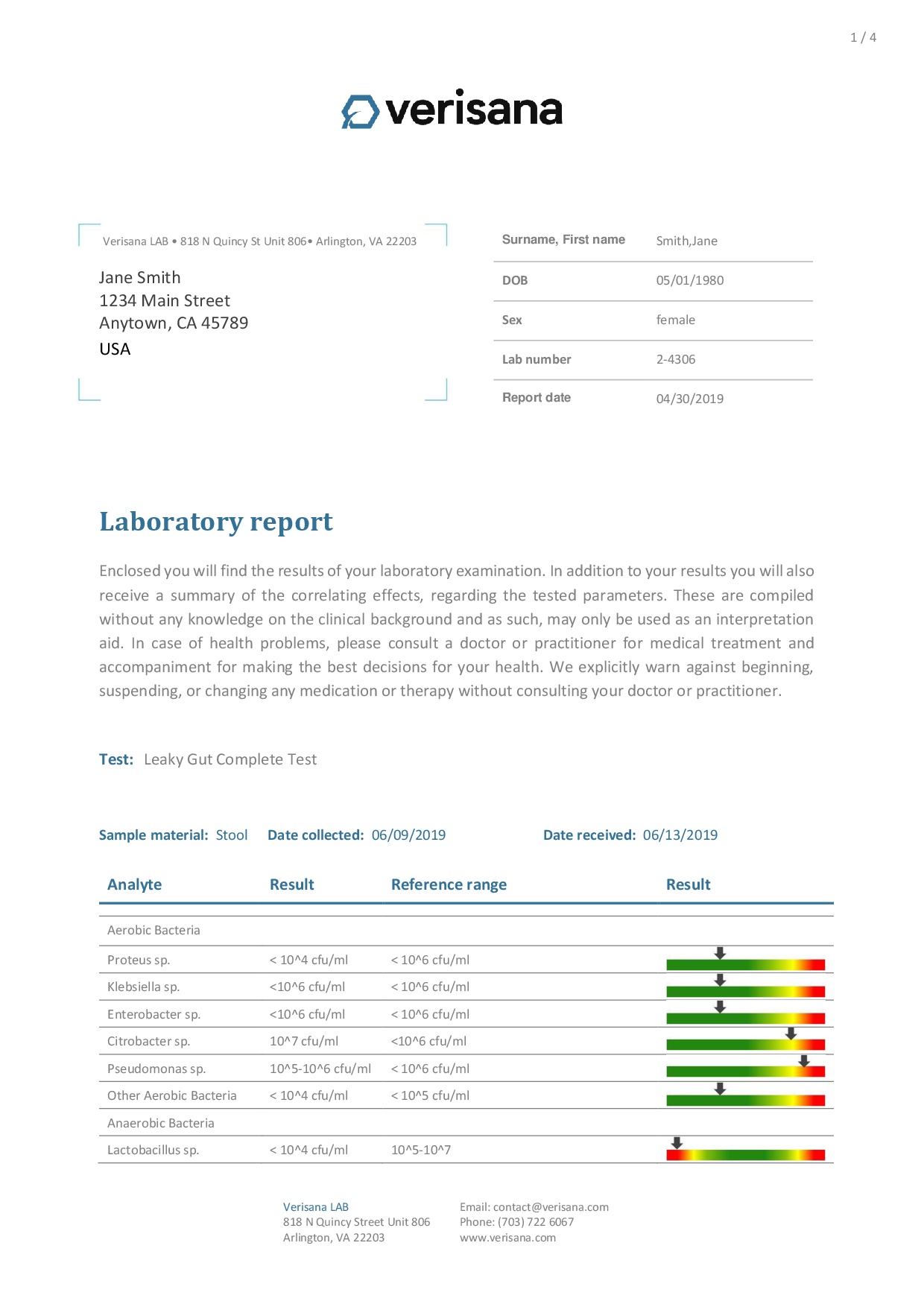 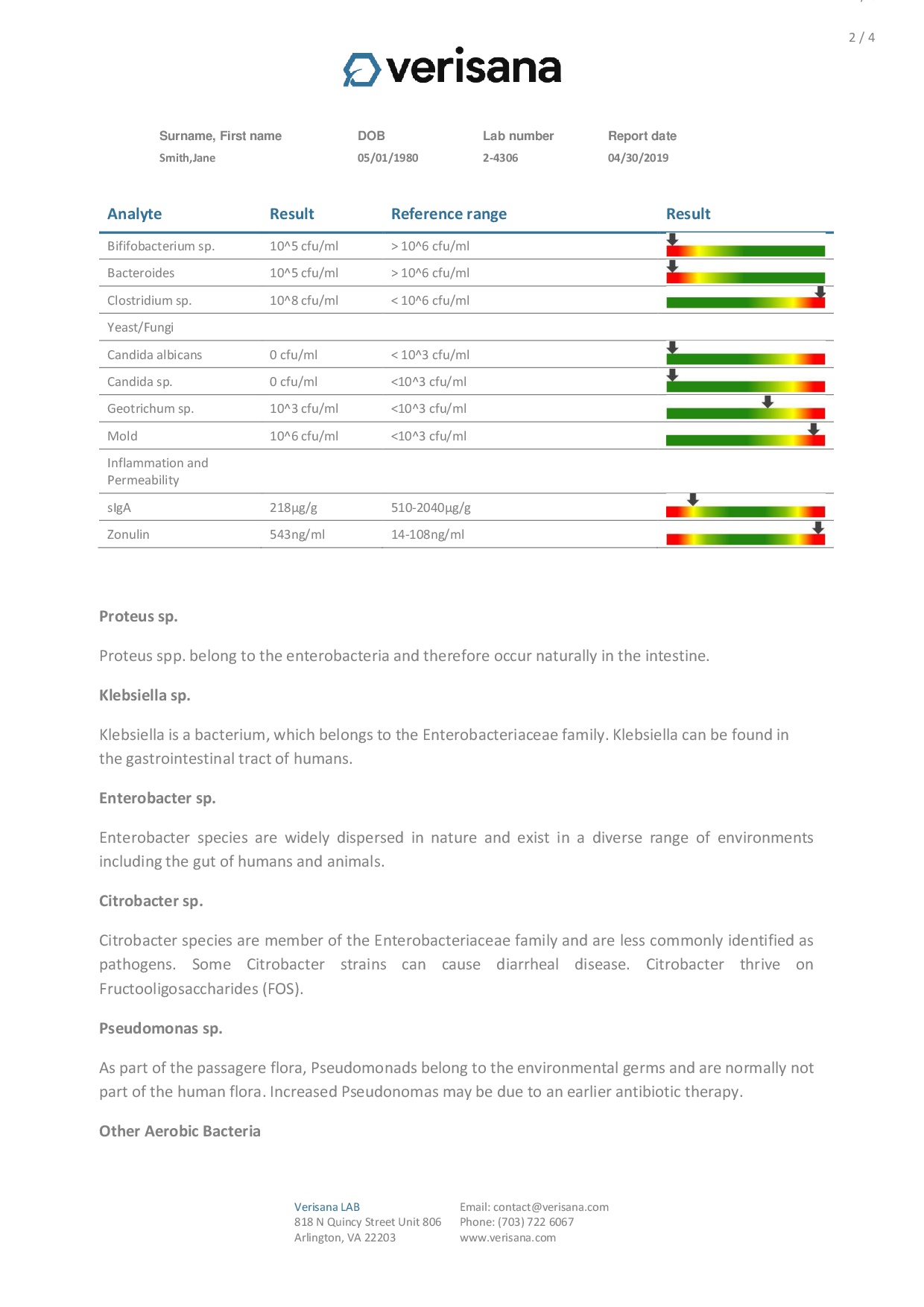 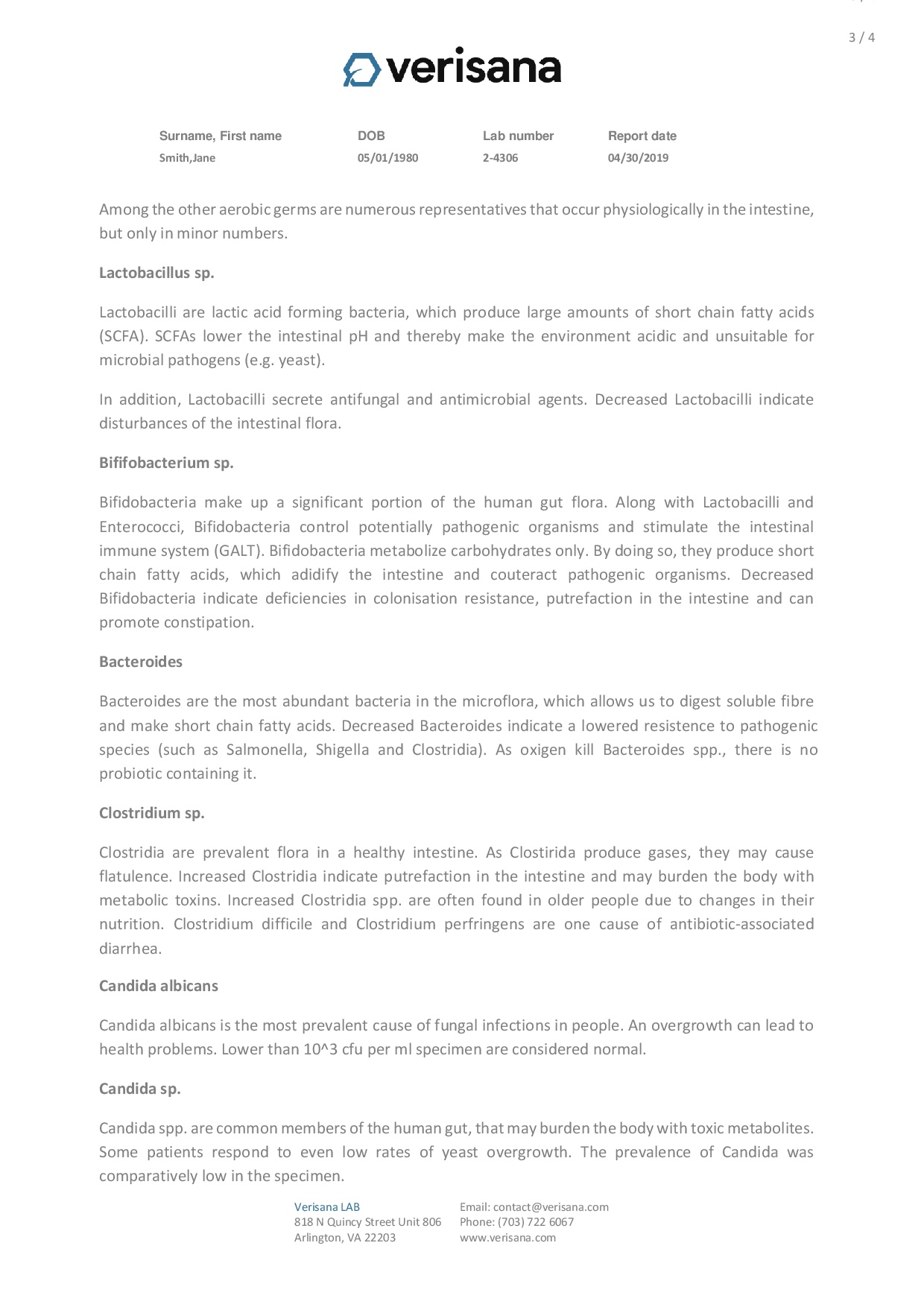 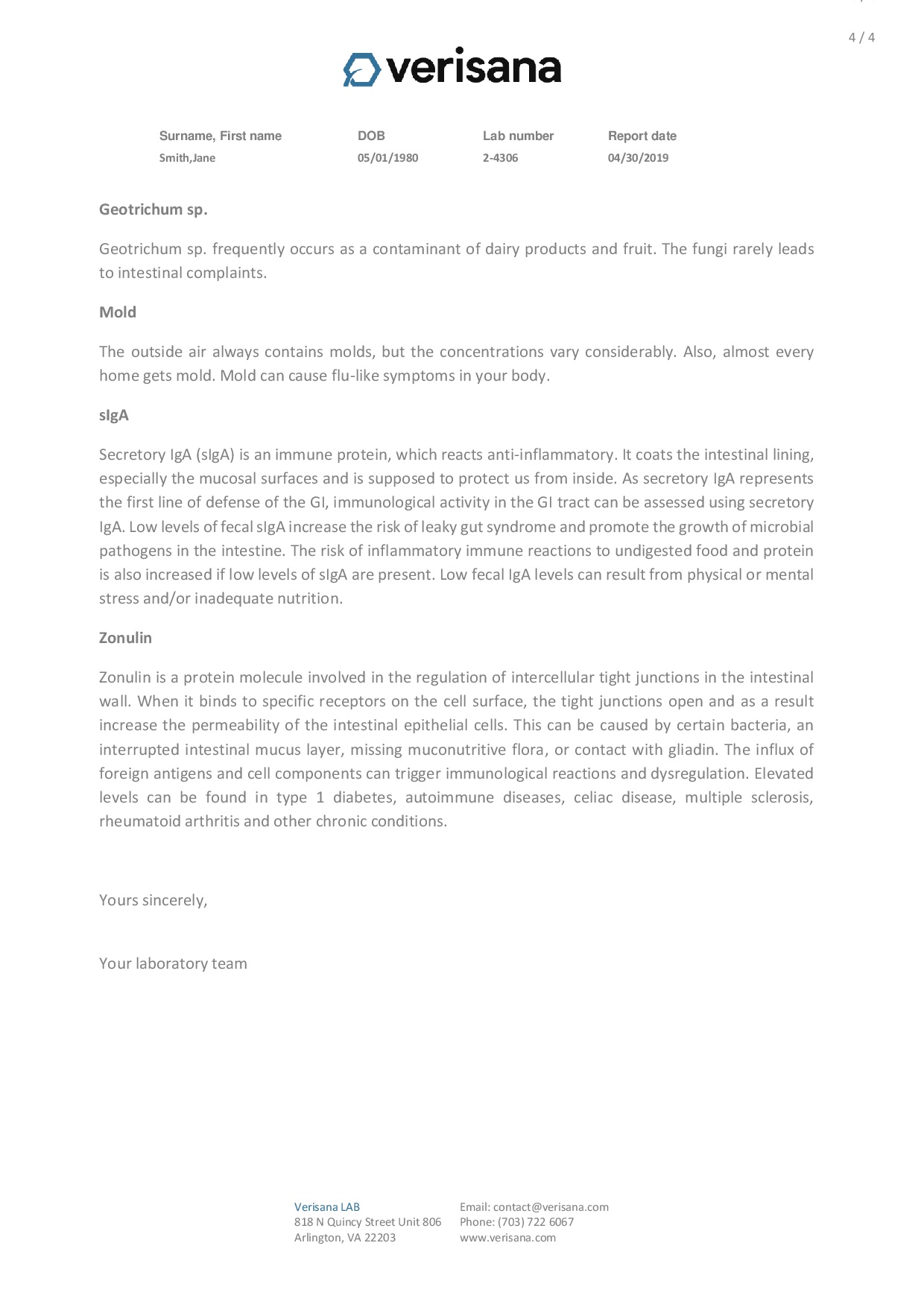 With the Leaky Gut Complete Test, you receive an extensive examination of your intestine based on your stool sample:

In the leaky gut syndrome the intestinal mucosa becomes permeable – The immune system reacts with inflammatory and allergic processes.

The test Leaky Gut Complete Test includes the “Zonulin Test”. The protein molecule zonulin is a suitable marker to measure the permeability of the intestinal mucosa. Zonulin regulates the exchange of fluid, macromolecules and leukocytes between bloodstream and intestinal lumen. High zonulin values can typically be observed in case of Diabetes Type 1, autoimmune diseases, celiac disease, multiple sclerosis, rheumatoid arthritis and other chronic diseases.

Our Leaky Gut Complete Test gives you information about the condition of your intestinal mucosa as an impermeable gut is necessary for your general health and well-being.

Your results will provide detailed information about whether your bacterial flora, candida albicans, candida spec., geotrichum spec., mold, zonulin and secretory IgA levels are normal, low, or high compared to reference ranges in your age group. You can then discuss the results with your doctor or health practitioner, who can give you further guidance and treatment recommendations.

For the Leaky Gut Complete Test we analyse:

Zonulin is a protein molecule that helps with the regulation of tight junctions in your intestinal wall. When it connects to specific receptors on the cell surface, the tight junctions open up and therefore increase your intestinal permeability. This can be caused e.g. by being exposed to certain types of bacteria. The ensuing exposure to foreign antigens and cell components can cause immunological reactions and dysregulations. High Zonulin values can typically be observed in case of Diabetes Type 1, autoimmune diseases, celiac disease, multiple sclerosis, rheumatoid arthritis and other chronic diseases.

Symptoms the Leaky Gut Complete Test is suitable for:

Below you will find the sample report for the Leaky Gut Complete Test.

"Leaky Gut" means "permeable intestine". The intestinal mucosa forms a natural barrier. It absorbs nutrients from food, but keeps harmful substances away. If the intestinal mucosa is damaged, it can no longer perform this task. In addition nutrients, toxins, metabolic products, etc. enter directly into the organism and can cause various kinds of complaints.

How does a "Leaky Gut" syndrome develop?

What is the difference to the Zonulin Test?

The "Leaky Gut Complete" test includes the zonulin test. Zonulin is a protein molecule that is involved in the regulation of intercellular contacts (tight junctions) in the intestinal wall. With its help, the tight junctions open and as a result increase the permeability of the intestinal mucosa. The combination of both tests gives a particularly comprehensive picture of the mucous membrane.

Why can a leaky gut cause joint pain?